Yale University is proud to call New Haven its home and has increased its partnerships with the city to build a stronger community. New Haven is a great city in which to live, work, and study. New Haven has numerous strengths and significant potential that most other cities would find enviable. It has strong neighborhoods, wonderful parks and open space, inspiring architecture, is located near the coastline, and has a beautiful and historic green at its heart. It is a 24-hour city, with 7,000 downtown residents.

New Haven is rich in culture, boasting two nationally-recognized repertory theatres, major summer festivals, three symphony orchestras, the rich heritage of the Shubert and Palace Theatres, and Yale’s museums of art and natural history, which all together attract audiences of more than 2 million. New Haven is the region’s center for medical care. The city is a center for biotechnology, a field as potentially important this decade as information technology was in the last.

Like every city, New Haven faces opportunities and challenges that require the combined efforts of the private sector, government, neighborhood groups, local organizations, and nonprofit institutions like Yale to build on the city’s strengths and continue the progress made in recent years.

Yale, under the leadership of President Salovey, has expanded its efforts to promote economic development, increase homeownership, support public education, and revitalize downtown. Yale is proud to be a part of New Haven’s growth and increasing strength. The pages that follow describe, in brief, some ways in which the University is working for a stronger community.

A strong economic base to provide jobs for and tax revenue is essential for a strong community. Yale helps achieve this goal in New Haven in many ways.

● Yale is currently one of the top 5 taxpayers in New Haven.  Through its community investment program that redevelops nearby property, Yale pays real estate taxes – over $4.5 million last year – on all non-academic property.

Over the past decade, Yale research has contributed to a growing cluster of spin-off companies in the greater New Haven area, generating dozens of business ventures. In addition, Yale has made a commitment to hire 1,000 New Haven residents by April 2019, with a focus on the city neighborhoods with the highest rates of unemployment and poverty. 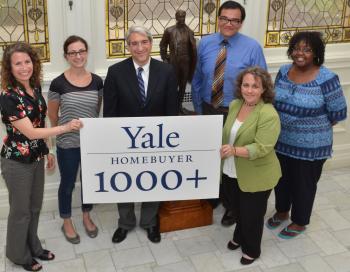 To encourage increased homeownership, Yale established the Yale Homebuyer Program in 1994. It offers any regular Yale employee - from faculty to maintenance to clerical to management - $25,000 ($5,000 at closing and $2,000 annually for ten years) to purchase a home in several neighborhoods. The Yale Homebuyer Program has had a marked impact on the number of home purchases in New Haven:

● 80% in recent years are first-time homebuyers.

● Yale’s commitment of $28 million yields over $205 million in home sales.

Since 1990, in addition to its homebuyers program, Yale has contributed over $40 million to economic development initiatives including providing funds to the Economic Development Corporation of New Haven, Start Community Bank, Science Park, and our Broadway and Chapel Street community investment programs. 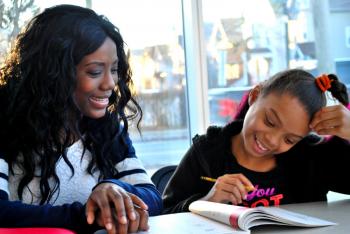 Strong public schools are essential for a strong community. Examples of collaborations between the New Haven Public Schools and Yale:

● Over 1,500 New Haven students participate in the free Yale Pathways to Science program and take part in events and programs on Yale’s campus, gaining behind-the-scenes access to science laboratories and exploring first-hand the new frontiers in scientific research.

● Yale’s Pathways to the Arts and Humanities program provides a wide variety of unified arts and humanities programs for New Haven Public School students offered by the University.

● Our Music in the Schools program places School of Music teaching artists in more than two dozen public schools throughout New Haven, where they complement the work of teachers and teach music according to the needs of the school to which they are assigned.

● New Haven students can earn college credits by participating in programs at Yale that provide free summer classes (along with room and board) as well as tuition-free classes during the academic year.

● Thousands of New Haven students participate in the annual citywide science fair hosted at Yale each May.  Many members of the Yale community serve as mentors to students and teachers throughout the academic year leading up to the science fair, also serve as volunteer judges at the fair.

● The Yale Schools of Medicine and Nursing work with the Hill Regional Career High School. Yale faculty and students teach at Career and offer a summer science program at Yale. More than 200 high school students spend up to 800 hours in Yale labs, lectures, and internships in their sophomore, junior, and senior years.

● The Comer School Development Program of the Yale Child Study Center, one of the nation’s foremost school reform efforts, works with 500 schools in 43 states. Developed in 1968, it creates learning environments that support child development. New Haven Public Schools have made SDP a foundation of school reform.

● Yale’s museums have extensive public school programs. More than 10,000 students use the Yale University Art Gallery, the Yale Center for British Art, and the Peabody Museum each year.

● During the summer, hundreds of New Haven young people participate in free, full-day academic and recreation programs at Yale, including U.S. Grant.

● Over 50% of Yale’s 5,000 undergraduates participate in community service during their Yale careers, often with young people and the public schools. 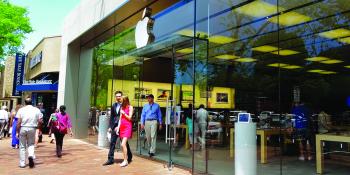 Downtown is the heart and soul of any city. Yale has been at the center of New Haven since the early 1700s and today, more than ever, the University is working with the City, businesses, and residents to build on downtown’s many strengths. Yale’s investments include:

● Chapel/College Street FDIC-foreclosed Properties: $8,500,000. With City encouragement, Yale invested in key downtown properties to keep ownership local and the district intact and is now investing in upkeep and marketing to keep the district vibrant.

● Broadway District Improvements: $8,000,000. The City and Yale secured federal funding for infrastructure improvements to this important intersection of campus and community. Yale has invested additional funds for facade and streetscape improvements and for a new retail building that will offer high-quality space for existing local and national retailers, bringing more jobs and taxes.

● Downtown retail and marketing: In its taxpaying retail properties, Yale provides space to more than 80 local merchants and five national retailers. The University works actively with the City and local business groups to attract, retain, and market downtown. Together with the City and the business community, Yale has helped create Market New Haven Inc. and committed $250,000 a year over three years to this concerted, strategic marketing initiative.

● Arts and culture: Yale has been a lead sponsor of facilities and events, like the Shubert Theatre and the International Festival of Arts and Ideas, which bring hundreds of thousands of city and suburban residents to downtown. Yale has invested in its own arts facilities, such as the art museums and the School of Drama, which altogether attract 400,000 visitors a year.

● Ninth Square Redevelopment: Yale joined the State and City in this mixed-use retail and residential project. The residential portion, with more than 300 downtown living units, is full and the retail has been filling up with restaurants, turning the area into a major destination.

“New Haven is Yale’s home, and we remain committed to helping this city and its people thrive… Together with the people of New Haven, Yale is looking to the future.”